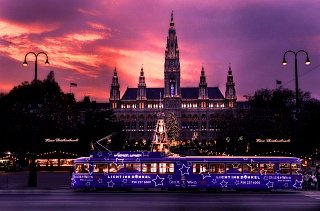 If you want to experience the nature of Asia, you should visit these national parks. 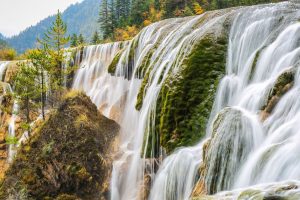 There are many amazing wonders of nature in Asia, but some of the most beautiful and impressive are protected by the state as a national park in order to protect the local flora and fauna. The activity of people in them is limited, but the area itself is open to tourists who want to look at the natural diversity of our planet. Take a look and you on the incredible in nature parks of Asia and complement your view of this part of the world with new details.

This park can be described as follows: spectacular landscapes plus historical cultural sights. It is located near the Dead Sea at the top of the plateau of the eastern part of the Judean desert and is one of the most popular places in the country. And Masada is of great interest both for tourists and for scientists and archaeologists.

This extraordinarily beautiful park is famous for its charming blue-green lakes and multi-level waterfalls. It is located in the Ming-Shan mountain range of Sichuan Province and is home to many endangered plants and animals. In 1992, Jiuzhaigou was declared a UNESCO World Heritage Site.

It is located on the island of Honshu. And it is in this national park that the country’s business card is located – Mount Fuji. Not far from the mountain you will find the popular hot springs of Hakone (a favorite tourist destination), as well as the picturesque local landmark called the Five Fuji Lakes.

4. Sundarban, India and Bangladesh
Many parks in Asia are open to tourists, and activity on their territory is limited. The same park in West Bengal is known worldwide as one of the last remaining places with untouched nature. Mangrove forests grow in abundance here and the population of legendary Bengal tigers lives. The area of ​​Sundarban is 10 thousand square meters. km, and the park acquired its status in 1984.

Goreme Park (also a UNESCO monument) is located in Central Anatolia in the historic region of Cappadocia. It is famous for its amazing rock formations and cave churches. Ancient church frescoes are among the main attractions that attract travelers from all over the world.

This unusual park is just a couple of hours drive north of Phuket. Scientists say that its tropical forests are not only older than the Amazonian, but also much more diverse. The local scenery is really breathtaking. Particularly popular is the stunning and outlandish rafflesia, a giant flower with a diameter of up to one meter. When it blooms, it emits the disagreeable smell of rotting meat.

This picturesque park is located on Jeju Island. In its center is the volcano Hallasan and many volcanic crater lakes. Local waterfalls and vegetation are especially impressive. In addition, the island’s diverse climate varies from subtropical to rather cold, which makes it an absolutely unique ecosystem on the planet.

8. Gunung Gede Pangrango, Indonesia
The park is part of the UNESCO Network of Biosphere Reserves, and it covers two volcanic peaks in the West Java region. Here grow the most unique plants, not found anywhere else on Earth. In addition, the unusual flora is complemented by a wide variety of fauna, including leopards and rare yellow-breasted marten. And the misty mountain peaks and nearby tea plantations make this park an unforgettable place to visit.

Asian parks are not only wild plants, dense forests and waterfalls. For example, this picturesque park located in the south of Taiwan is famous for its stunning beaches and coral reefs. There is also the famous 18th century Elanbi Lighthouse. The main entertainment of tourists is diving and jet skiing, and the local village of the same name offers them an exotic night market, a hotel and even bars.

Nikko with its waterfalls and beautiful Lake Chuzenji can be visited all year round, but in the fall this park is especially pleased with its brightest colors. Tourists can also explore the complex of ancient Shinto temples and sanctuaries protected by UNESCO. Framed by mountains and cedar groves, they look especially majestic.

live according holiday atmosphere even celebrities sunset or early hallmark of the city very dangerous especially impressive includes the ancient temple amusement park interesting articles made which emphasizes crowded costume parade even the seat endless possibilities steady snow cover bed bugs in their rooms under the protection disagreeable smell babysitting services funicular go up smoking cigarettes place has long been always warmer climatic features sure to put insect just dream respect for death inherent despite the fact most unpleasant much flour spring months Azerbaijanis prefer oblong city during periods special attention sign of good wishes world or admire changes had desert occupies centers of contemporary will find live samples Quality alcohol potatoes and macaroni well-heated water republic they like khingal object using
Top 7 most dangerous tourist routesIn the world there are many popular trails for lovers of hiking. Some of these paths can be conquered even by beginners, and other routes are so complex that they…