Forbidden places that no one can ever visit 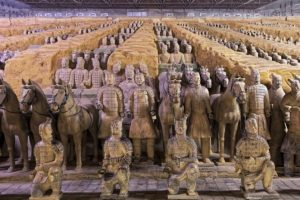 These places you can safely delete from your list. Most likely, you will never go there. So accept and just get acquainted with them virtually.

Queimada Grande or Snake Island (Brazil) is home to a huge population of some of the deadliest snakes in the world.The poison of the golden spear-headed viper is not just lethal, it practically melts human flesh around the bite. By the way, their population density is one snake per 1 sq.m. For security reasons, the Brazilian government does not allow visiting this island, and the team of any research expeditions must have a doctor.

Turkish troops in 1974 invaded Cyprus, causing a civil war between the Greeks and the Turks. A little later, the UN began to control the “buffer zone” without people in Nicosia. The walls separate the Turkish community in the north (which no country recognizes as a separate state) from the Greek community in the south. Behind the walls are visible abandoned houses and businesses. Some places are allowed to visit civilians, but other areas have been deserted for decades.

3. The Tomb of Qin Shi Huang

In 1974, Chinese farmers accidentally stumbled upon the tomb of the first emperor of China. To date, archaeologists have found in her 2000 clay soldiers, but there are definitely much more. The Chinese government does not allow archaeologists to touch the tomb with the body of Qin Shi Huang, who was buried in 210 BC This decision is based, firstly, as a tribute to the dead, and secondly, out of concern that current technologies are not yet so perfect, and exhumations will damage the emperor’s body.

Until 1992, the US government denied the existence of Site 51 until certain documents emerged indicating the presence of a military base there. Officials still do not say what is going on inside, although conspiracy theorists have argued that all this is connected with aliens. You can see on Google maps from a bird’s eye view that this is a huge desert, where it is impossible to penetrate due to powerful security. Even visitors with special permission fly to Site 51 on private jets, where the curtains on the windows are closed right up to the landing.

The Andaman and Nicobar Islands belonging to India are located in the Bay of Bengal. It is believed that the tribe of Sentinel Island has lived there for almost 60 thousand years, and it is completely isolated from civilization. The tribe does not allow anyone to itself, and it is very unfriendly and militant. Since the inhabitants of the island did not encounter modern diseases, and they did not develop a stable immunity, contact with people can be fatal for them, so the Indian government agreed not to try to communicate with the islanders.

It is 85 km of shelves, located in a specially protected area of ​​the Vatican. The archives contain data related to the Catholic Church and dating back to the 8th century. Some artifacts include a letter from the Scottish Queen Maria Stewart, who begged Pope Sixt V to save her from the scaffold, and documents about weaning Martin Luther from the church. The vault doors opened for researchers in 1881, but getting there is not easy. A pass is valid for a maximum of three months, and no more than 60 scientists can work there simultaneously.

This is the “warehouse” of US gold reserves, and it is considered the most powerfully protected place on earth. To gain access, you need to enter many password combinations, all employees know only one combination and can only enter with colleagues.

The seed vault is hidden in a mountain between Norway and the North Pole at a depth of about 100 meters. If a major disaster had occurred, 890,000 stored seed samples from almost every country in the world would provide food for humanity. Svalbard opens its doors only a few times a year, and a limited number of people come in to put seeds on the shelves.

Ancient rock paintings in the cave Lyasko (France) were found in 1940, and tourists began to drag in crowds of it. Carbon dioxide from the breathing of people caused damage to ancient drawings, which are a UNESCO World Heritage Site, because the cave was closed to visitors in 1963. Only scientists and researchers are allowed there.

Posted in better to book, bottom of one canal, equipped beaches, first emperor of China, military base, thousand years
object using republic they like khingal sure to put insect which emphasizes most unpleasant much flour Azerbaijanis prefer oblong under the protection crowded costume parade potatoes and macaroni live according well-heated water centers of contemporary sunset or early despite the fact special attention just dream especially impressive world or admire includes the ancient temple smoking cigarettes disagreeable smell place has long been climatic features hallmark of the city endless possibilities babysitting services changes had interesting articles made amusement park spring months Quality alcohol holiday atmosphere even the seat funicular go up even celebrities city during periods will find live samples respect for death inherent bed bugs in their rooms always warmer sign of good wishes very dangerous steady snow cover desert occupies
interesting articles made climatic features Azerbaijanis prefer oblong even the seat centers of contemporary potatoes and macaroni amusement park republic they like khingal sure to put insect which emphasizes well-heated water world or admire desert occupies object using hallmark of the city very dangerous endless possibilities changes had especially impressive spring months most unpleasant sign of good wishes despite the fact just dream babysitting services city during periods will find live samples funicular go up always warmer bed bugs in their rooms much flour holiday atmosphere steady snow cover includes the ancient temple crowded costume parade Quality alcohol special attention sunset or early place has long been under the protection live according even celebrities respect for death inherent disagreeable smell smoking cigarettes
Why is it worth visiting Amsterdam at least once in your life?Even those who have never been to Amsterdam consider this place to be a city of dreams. It is not surprising, because the capital of the Netherlands justifies its title…